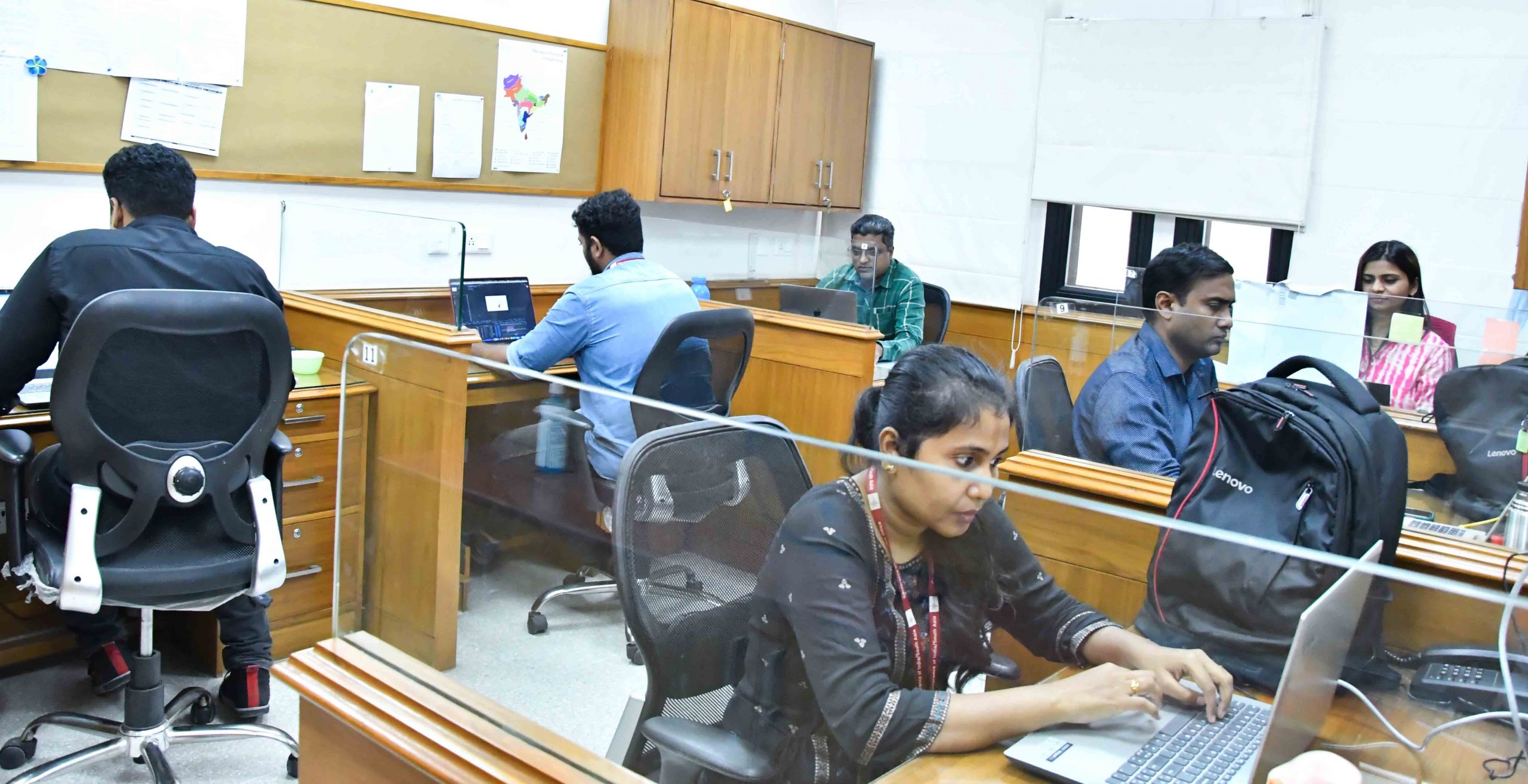 FROM THE PRESIDENT’S DESK 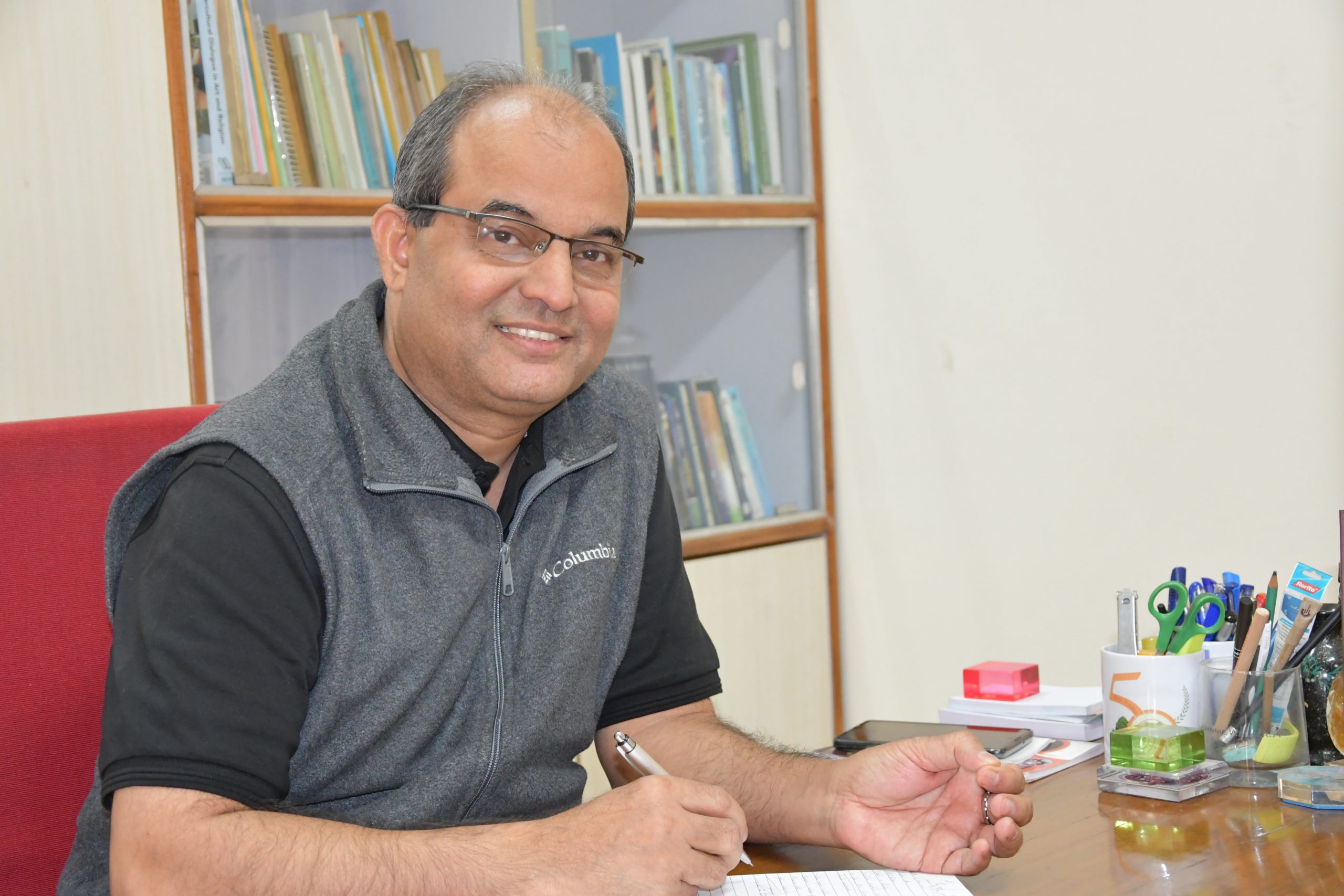 The Conference Development Office (CDO) is a realisation of a great dream, a fulfilment of a prolonged process of discernment and a fruition of a consistent effort to sustain and develop the developmental initiatives of the Jesuits in India/ South Asia. A major objective of the CDO is to sustain and develop the preferences and priorities of the Conference and to enable the Directors for Development in the Provinces (PDDs) through a process of coordination and training. From a developmental perspective, the larger goal of the CDO is to enable individuals and institutions for the transformation and empowerment of the least and excluded through just, equitable, integrated and sustainable affirmative actions. As of today, the CDO promotes and enhances the thematic and developmental thrust areas of the Conference such as the Sankalp (informal education), Jesuitec (accompanying youth), Ecology, Peace and Reconciliation, Migration, Lok Manch and Disaster Response (JRH). Operating as an ‘extended arm’ of the Conference with 21 Provinces and unit partners the CDO facilitates, developing a corporate identity and a collective response of the Jesuits in India/South Asia.

The CDO fosters linkages among Jesuit-led institutions and networks in the region. It furthers specific development initiatives through capacity building, collaboration and partnerships, and branding. The CDO with the Director, has a well set up office with competent staff. While assisting the Province Development Directors (PDD) to set up their own offices, to generate funds and to coordinate their activities and make it a network at the Conference level, the CDO has also been the communication wing of the JCSA.

ABOUT JESUIT COLLECTIVE AND NETWORKS IN INDIA/SOUTH ASIA

As a collective and network, the Jesuits are the larger umbrella which has a long history and tradition beginning from 1540 founded by Saint Ignatius Loyola. The Jesuits have a global membership of more than 16,000 experienced members across the world.

The Jesuits operate through six Conferences viz. Latin America and the Caribbean, Africa and Madagascar, Asia Pacific, Europe, USA-Canada and South Asia, which are spread across more than 110 countries. The Conferences of South Asia has 21 administrative entities known as Provinces/Regions in India, Nepal, Sri Lanka, Bangladesh, Bhutan and Afghanistan.

The Jesuit networks include the Jesuit Refugee Service (JRS) and Jesuit network with international engagements. In South Asia, the Jesuits have a large network of educational institutions known as Jesuit Educational Association (JEA) and Jesuit Higher Education Association South Asia (JHEASA). The Jesuit contributions to education in India could be traced to the year 1543 with the setting up of the first-ever higher education institution in Goa. Currently, the Jesuit Collective has over 400 schools (urban and rural), about 60 higher education institutions (including the prestigious XLRIs, Loyola Colleges, St. Xavier’s College, and others).

The Jesuits and networks began to focus more in the social development sector since 1970s, prioritizing social research and developmental interventions. At present the Jesuits have over 100 social work centers across the country. Apart from the Indian Social Institute (Delhi and Bengaluru), they came up with initiatives and programmes such as the inter-religious dialogue, empowering the marginalized through livelihood promotion, skilling the  youth, supporting refugees and the displaced, helpline for migrants, etc.

The Jesuits in South Asia are aligned with the Universal Apostolic Preferences (UAPs) of the global Jesuit networks, and as a Conference it has the following preferences:

In 2007, Development Offices were set up among Jesuit networks across the globe, as part of the “invitation to grow the capacities to establish linkages with individuals and groups and agencies for the advancement of the developmental initiatives and to promote local philanthropy”. These efforts were always done in collaboration and partnership with friends, agencies, and alumni networks.

Conference Development Office (CDO) is the development wing of the Jesuit Conference of India/South  Asia. It promotes programmes and fosters linkages among Jesuit-led institutions and networks in the region. CDO furthers specific development initiatives through capacity building, collaboration partnerships, and branding. It enhances the thematic and developmental thrust areas of the Conference such as the Sankalp (informal education), JesuiTec (accompanying youth), Ecology, Peace and Reconciliation, Migration, Lok Manch and Disaster Response (JRH). Operating as an ‘extended arm’ of the Conference Development Offices spread out in 21 Provinces and many unit partners. Developing a corporate identity and collective response of the Jesuits in South Asia is the major objective of the CDO.

Jesuit Conference of India (JCI) under which the CDO operates is part of the international organisation of the Jesuits Conference of South Asia (JCSA). Registered as not-for-profit organisation in India, JCI has been engaged in pioneering and exemplary work in the areas of education, social development, and empowerment. From its very beginning in 1978, it has been committed towards working with vulnerable communities by providing quality education for the unreached children in rural and remote areas, supporting youth to be future ready, establishing peace and harmony, working for distressed migrants, rights and entitlements and also responding to disasters and caring the environment.

Confluence of efforts towards transformation, empowerment and sustainability

To enable individuals and institutions for the transformation and empowerment of the least and excluded through just, equitable, integrated and sustainable affirmative actions

OUR – GOALS AND ENGAGEMENTS

With a focus on providing Voice, Visibility and Velocity (3Vs), CDO helps voicing and supporting development actions and priorities, promotes visibility and ensures strategic reflection among the various networks. While promoting the Sustainable Development Goals (SDGs), the CDO also aligns its engagements with the Universal Apostolic Preferences (UAPs) of the Jesuits. 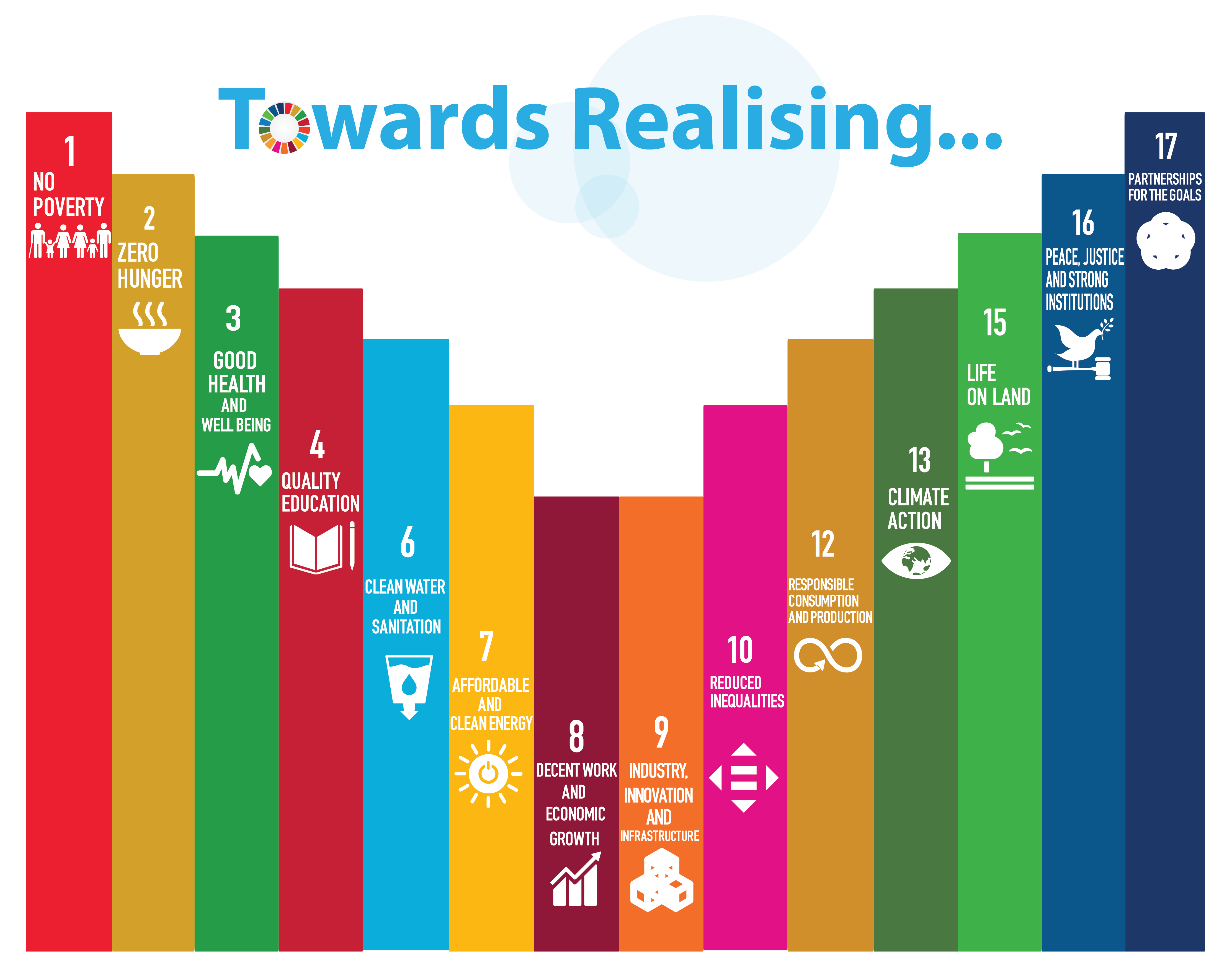 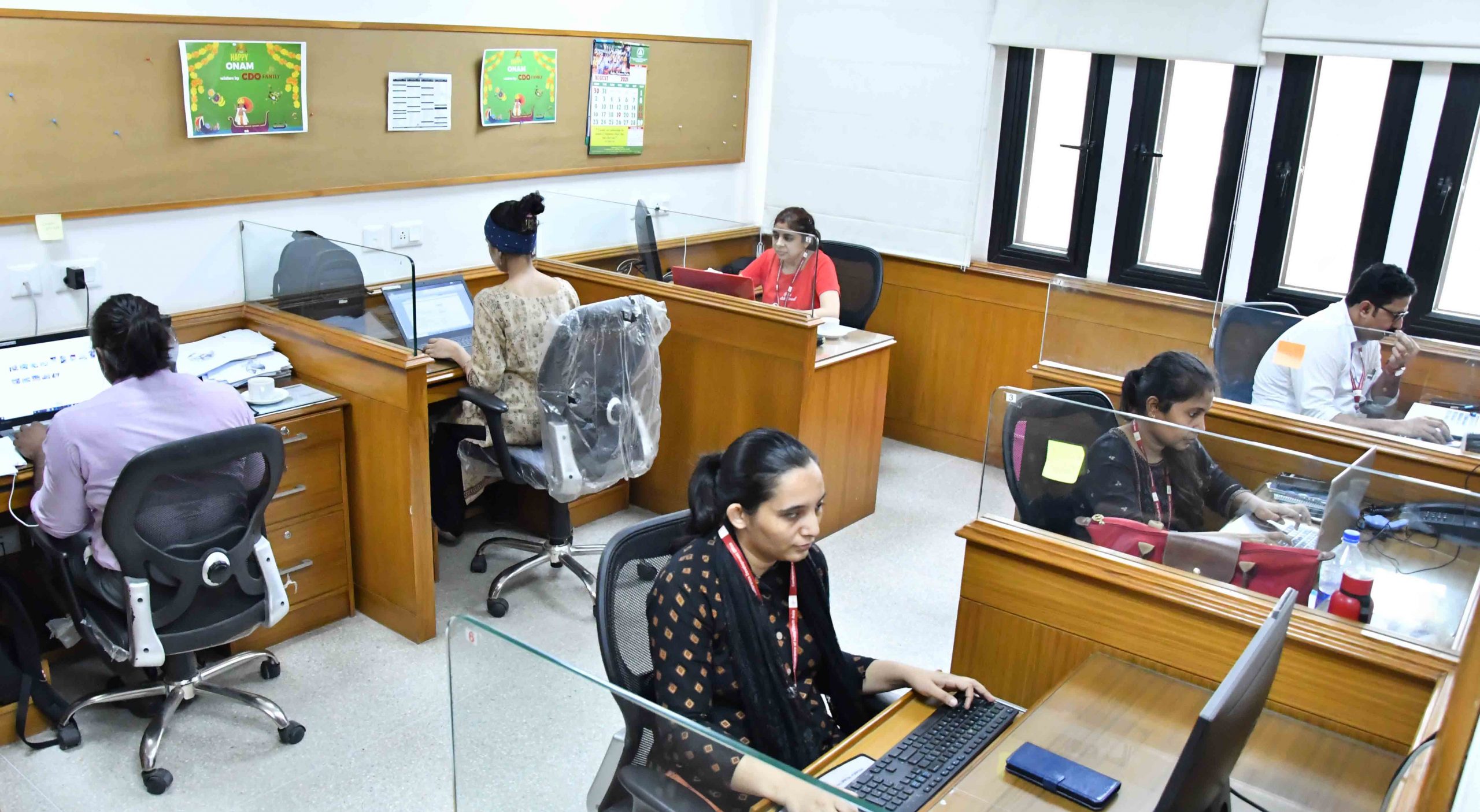